NHSBT uses cookies which are essential for the site to work. We also use non-essential cookies to help us improve our services, any data collected is anonymised. By continuing to use this website you agree to our use of cookies. Read more about our cookies
Hi there, we see you're using OS, why not try our app?
Download

A week of celebration, sharing and reflection

I firmly believe that we are all fortunate to work in one of the most rewarding and fascinating areas of the NHS. 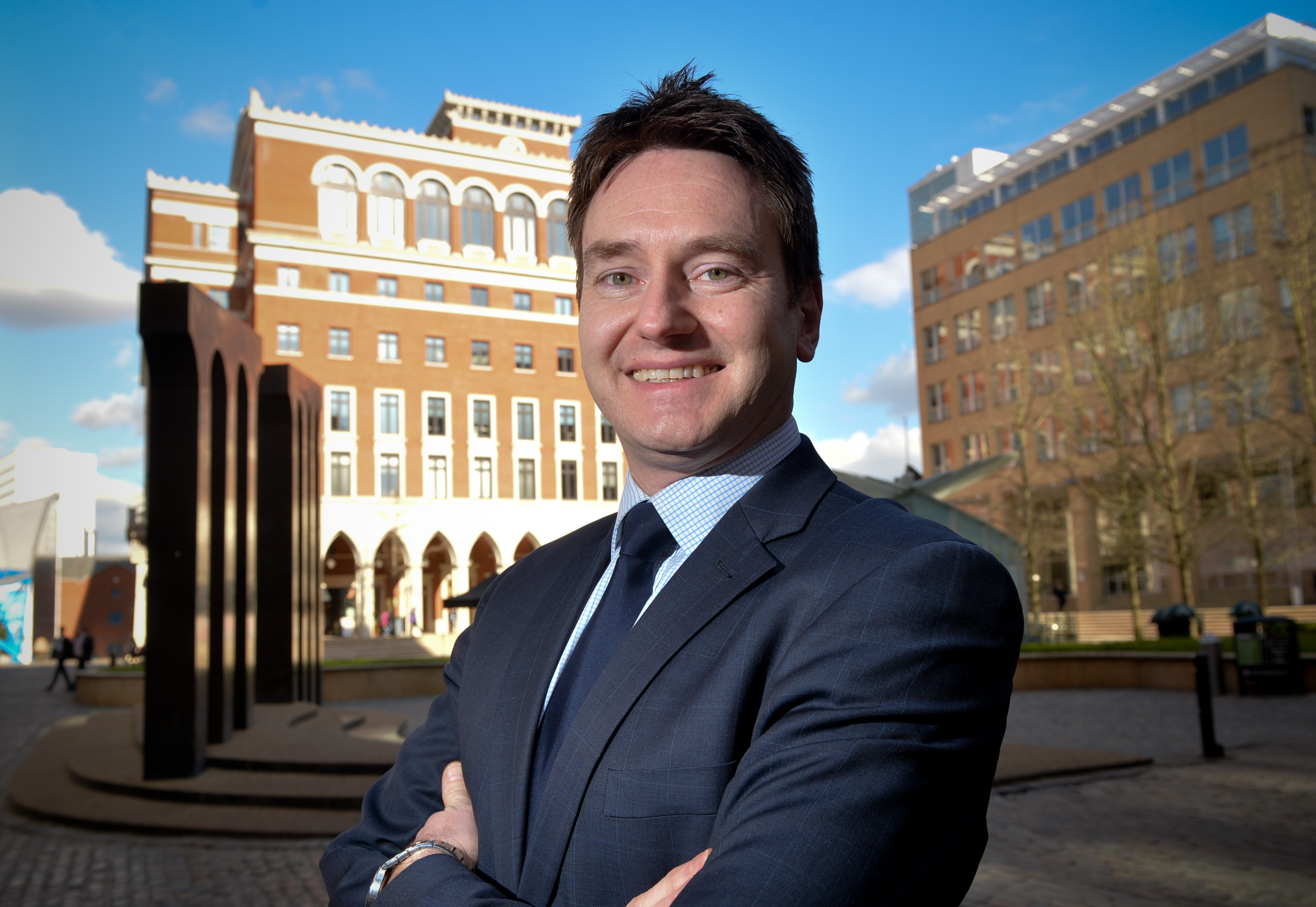 NHSBT is a unique organisation which saves and improves lives across the all 4 nations of the UK and attracts some of the most talented and dedicated colleagues it has ever been my pleasure to meet. Whilst we rightly concentrate every day on our work to serve patients, donors and families I also believe it is right that from time to time we also reflect on the commitment and talent of our colleagues and celebrate them. The past week has offered several opportunities to do that.

Our very own NHSBT ‘Give Hope’ Awards took place on Tuesday 20th November and as the Interim Director of ODT it was my pleasure to not just attend and celebrate the excellent work of our colleagues nominated for awards but to also present an award myself. The Awards are rightly entitled Give Hope, every colleague present has excelled in their work and represented not just their own success but the dedication of everyone in NHSBT. It is always a privilege to listen to the stories behind the nominations and to be reminded just how many exceptional people choose to work within NHSBT. 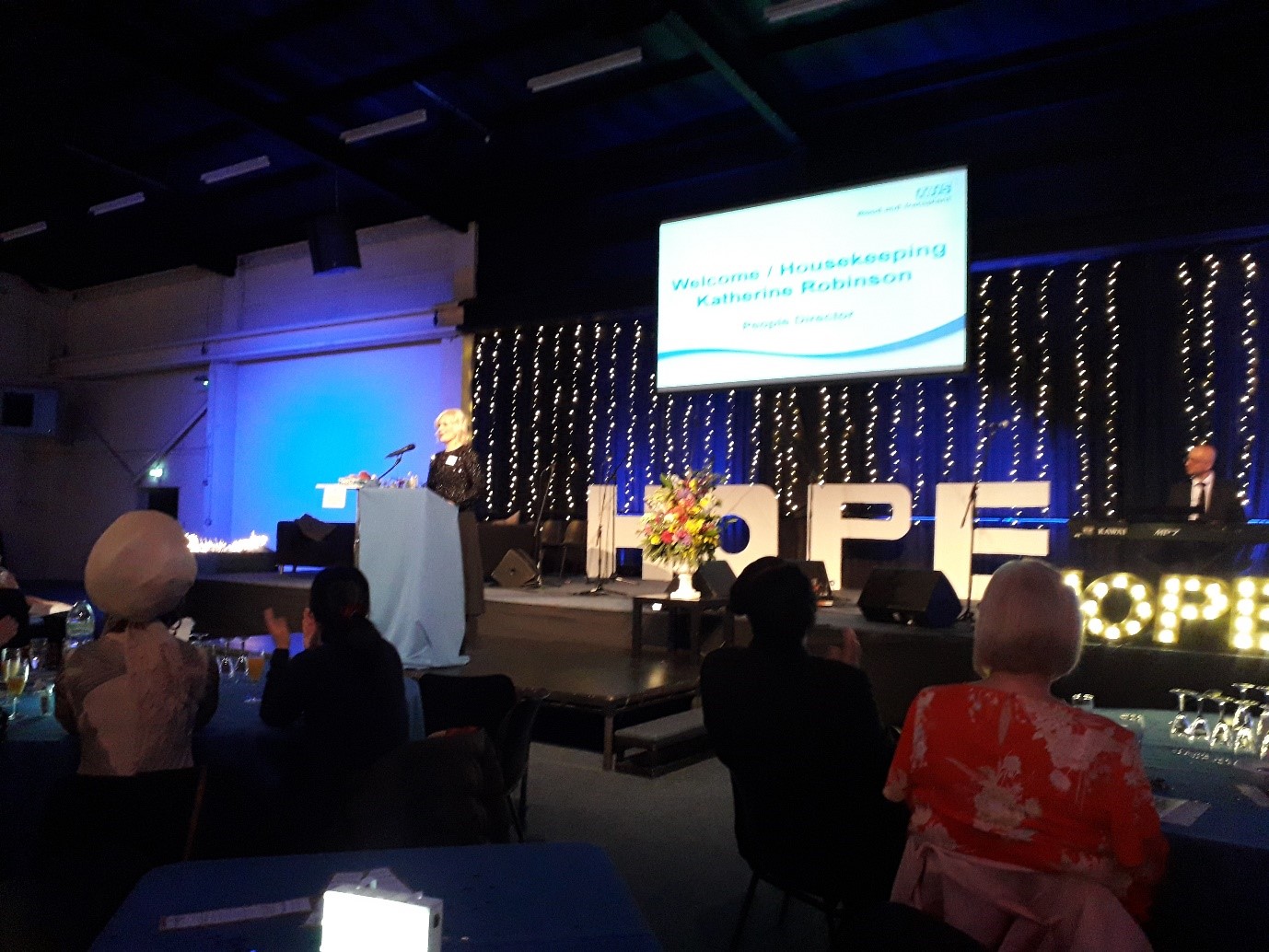 The importance we place upon recognising our winners was obvious as winners were joined by our Interim Chief Executive Sally Johnson and our Chairman Millie Banerjee and some very proud Directors watching their teams be acknowledged. I had the pleasure of presenting the awards for Continuous Improvement, with a Special Mention to Laura Pankhurst, highly commended to the BBMR Team and Manchester Hospital Services and colleagues, and the winner to Ashley Kenderdine. Reading their nomination emphasised the difference every one of us can make to our collective work.

This was the first year the Awards had been held in the new ‘Give Hope’ format and I suspect it will not be the last. We all now have a responsibility to think about our colleagues through the year and to be brave enough where we believe someone deserves recognition to take the step of nominating them. The room full of smiling faces spoke volumes for how proud everyone was to be there, so make sure if someone deserves recognition we are able to provide it, it’s a small thank you for such magnificent work.

Next morning was an early train to get down to the big smoke for a 09:30 start to the TPB meeting in London. This was followed by a performance meeting for the NHSBT Executive and this was followed for several of us by a high speed dash (well that was the ambition) across London to the 02 complex. I say a dash was the ambition because Katherine Robinson and I got unceremoniously thrown off a defective tube train at Canary Wharf and had to take our chances overground with the swell of London commuters heading home.

The reason for our journey was that I had the immense privilege to be shortlisted for the HSJ Clinical Leader of the Year Award 2018 and following a lot of hard work on my behalf and an intense interview process with their distinguished judging panel we were heading to the Award event to find out the result. 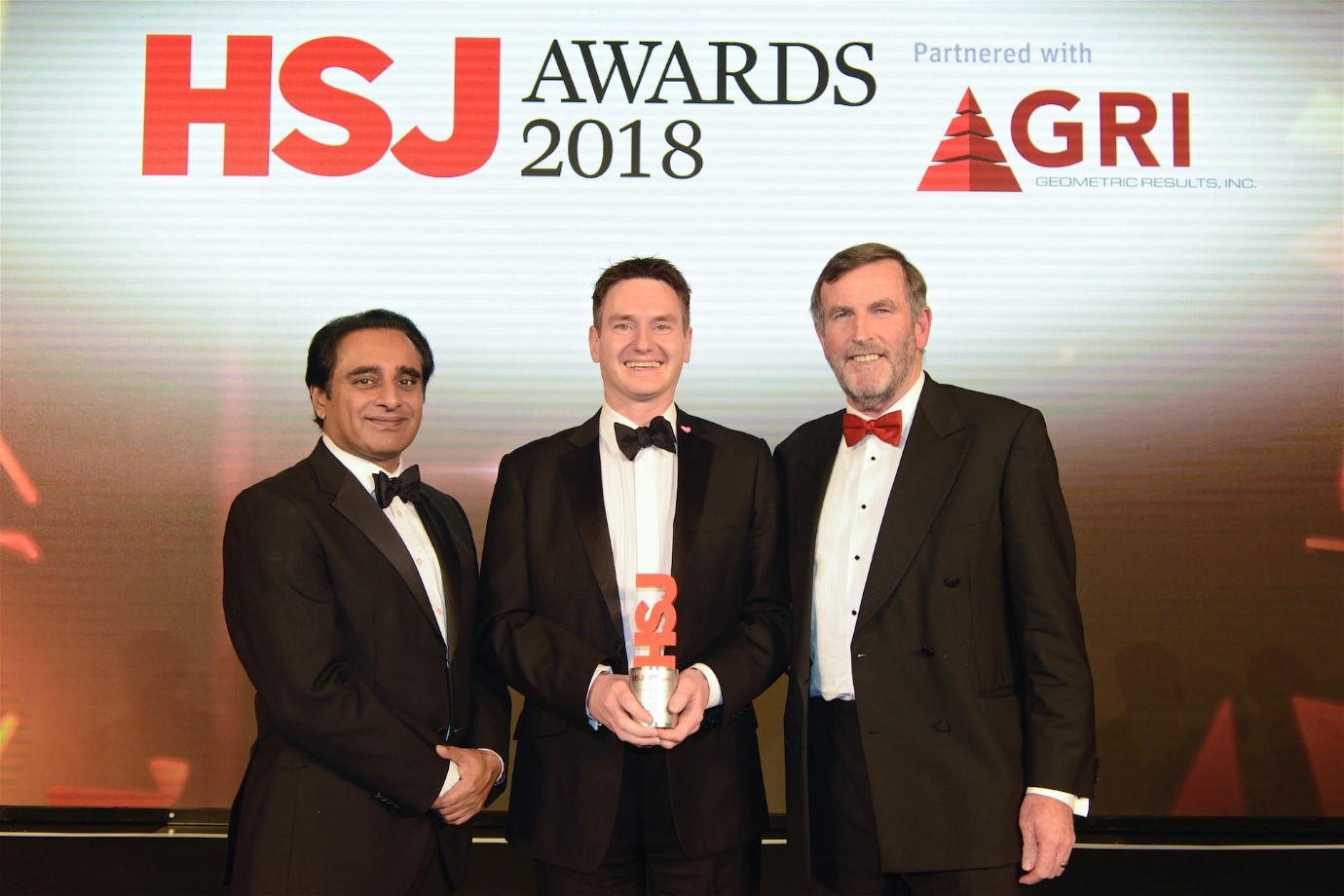 There are 26 HSJ awards with each of them hotly contested so there were around 2000 at the event to support the nominees. In the introduction to the awards we were informed that the 70th Anniversary of the NHS had led to an unprecedented number of applications, a fact that made contemplating winning seem even more far-fetched.

As Clinical Leader is the 25th out of 27 to be announced the nerves were jangling somewhat by the time they reached us. As the explanation of the winner was given it still wasn’t obvious who had won. I had been moved by the number of colleagues who had supported my nomination and win or lose their support had been an absolute highlight of my year. Anyway… I am still somewhat amazed to share with you that I won!

The win reflects the performance, teamwork and dedication of my Organ Donation and Transplantation colleagues and in the aftermath I received some wonderful messages from Donor Families and people on the Transplant Waiting List sharing their faith in the work we do, we should all be incredibly proud of the difference our service makes. 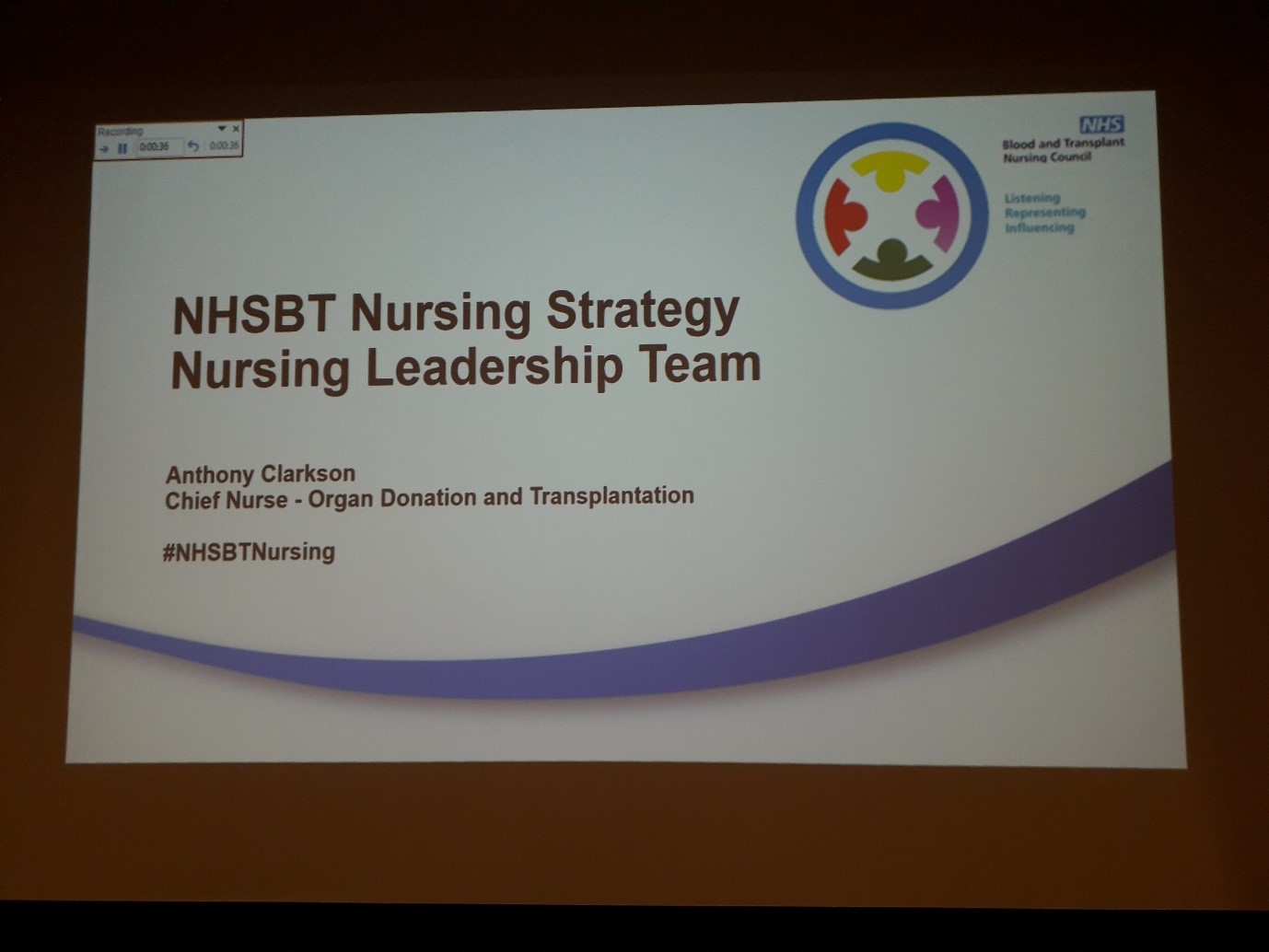 Less than a week later I was back in Birmingham to share a day of learning, professional development and further success with my fellow Nurses at the NHSBT Nursing Conference. As a Nurse I consider this to be a key event in my diary and I was delighted to co-chair the conference with Catherine Howell (Chief Nurse for Diagnostic and Therapeutic Services) and welcome our colleagues to this unique day. The theme for the conference was ‘Recognising Challenges, Creating Opportunities’ and we were delighted to be able to spend some quality time with our Nursing colleagues.

There was a record number of NHSBT Nurses at the event and as we are past the midway point for the 2016-2020 NHSBT Nursing Strategy it was invaluable to gather together and share views and ideas. Speakers from within and outside of NHSBT helped to make the conference a truly inspiring day. I know that feedback from attendees is being gathered and I would encourage all those who attended to share your experiences so we can make sure future Nursing events deliver what you need to benefit from attending.

Thank you for taking the time to read my blog. Please get in touch if you have any comments by emailing anthony.clarkson@nhsbt.nhs.uk